The University of Utah History Department hosted the annual Wilson Symposium on October 25 and 26, 2018. The symposium’s theme was “History, Film and Race” and invited six distinguished scholars to speak about the intersection of history, film and race and its effects on modern society.

The audience was privileged to hear from the following:

“Black History Matters: Why Filmmakers and Audiences Should Care About Historical Accuracy” 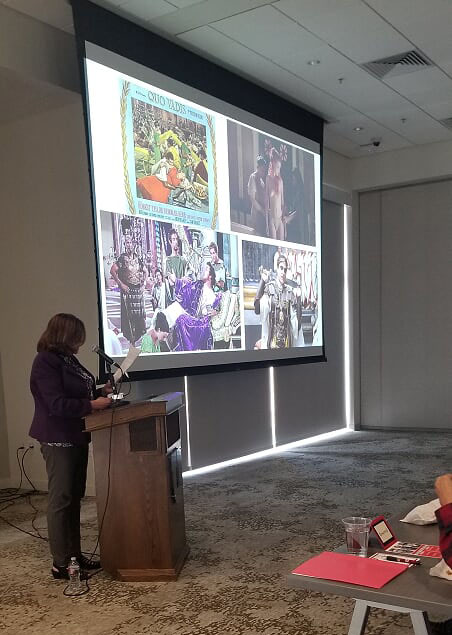 “Polynesia is a Project, Not a Place: Race and Colonial Representations in Cloud Atlas (2012)”

“Anna May Wong: Performing the Modern”

Each speaker addressed specific topics that involved the representation of race in film and television throughout history. From the representation of gladiators, to the glaring historical inaccuracies in the most recent adaption of “Birth of a Nation” – our guest lecturers dissected the elements of these films and offered insight into the reasons race is framed in particular ways.

The conference ended with a panel that included all six speakers, moderated by Colleen McDannell. The speakers were prompted to discuss this specific “moment” the film industry is in, and were asked to consider several recent films that seem to provide a social commentary on race. Such films include: Sorry to Bother You, Black Panther, Blackkklansman, Crazy Rich Asians, Coco, Moonlight and Blindspotting. Audience questions fueled the discussion even further, some from students wanting to know how best to approach these sensitive topics.

As the panel concluded, all speakers agreed that we must work toward providing a safe space within the film industry for stories to be told. Stories that include all races, ethnicities, and sexualities. Stories that can present new and different perspectives, with truth and inclusion serving as the project’s driving factors, and not just box-office results.