WELCOME TO THE DEPARTMENT OF HISTORY 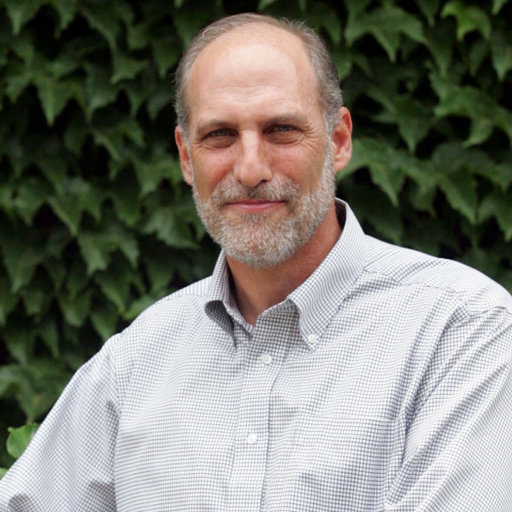 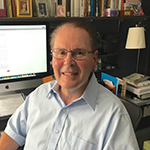 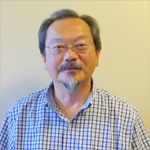 "Bob Goldberg went above and beyond in developing his students into historians. Each month, Bob and Anne invited his students into their home where we enjoyed an evening of food, drink and lively conversation. We probably overstayed our welcome every time, but they never made us feel unwanted. This was one of Bob’s ways of saying, “You are not ‘just a student.’ You are a professional.” I could go on and on about Bob’s gift as a teacher, his attention and commitment as a graduate advisor, and his scholarly contributions to the field, but his opening his home to his students captures that “something” that made Bob special."

"I took Professor Goldberg’s lower-division American survey course during the spring of my freshman year at the U. That was 1981 and I believe that was during his first year, too. I had never been interested in history and I had no interest in the major. Forty years later, I can remember moments in that course. I can remember, for example, that during the first meeting  he asked us to say our names when we raised our hands with questions or comments. At the second class, he had somehow remembered the names of everyone who had spoken up the first day. It wasn’t that he used some mnemonic trick to do it, and he didn’t just remember the few names of favorites. He remembered our names, I think, because he had actually seen and heard us. By the end of that course, I had become a history major because I learned from Professor Goldberg that history did not have to be some approved story that we all had to memorize. Rather, it could be an fascinating conversation with peers, teachers, and the past; an effort to see the continuities and differences between the what was, the what is, and what might be. I felt energized in Professor Goldberg’s classes (I took several over the years), and I can honestly say that watching him teach and learning about his research (at the time, he was working on what became Back to the Soil) convinced me that I wanted to be a historian. After graduation, I went on to graduate school in history, earned a PhD, and have worked now for almost 27 years at the University of Wisconsin-Milwaukee. Over the last forty years, Professor Goldberg has been my most enduring and significant role-model of a committed teacher-scholar. When I am in front of a class, I know I am still aspiring to be like Bob."

"When I met Professor Goldberg in 1992, I had a great deal of difficulty at first in addressing him simply as “Bob.”  Once we got over that matter, I soon realized that his enthusiasm and rigor made him the person I wanted as the director for my doctoral program.  Because of him I learned to love and honor the process of historical research.  I am eternally grateful for his encouragement and the meticulousness of his criticism of my writing as he made me a better researcher, writer, and instructor.  My goal has always been to uphold the standards Bob taught me at “the U” in all aspects of my career."

"Dr. Goldberg is one of a kind, in all of the best ways.  I’ll always feel indebted to him.  He’s an incomparable classroom teacher, and an even better dissertation adviser.  He challenged me and expanded my vision, because he saw things I would not have seen.  He wrote terse “let’s talk” emails that sometimes left me terrified (!)--but those emails and those talks ultimately prompted me to rework something until it met with approval.  And his counsel was always right—and I don’t say that lightly.  His sense of things was just that good.  I’m honored to have been one of his students."

"I will always treasure my time as a history graduate student at the University of Utah. My graduate advisor, Professor Ed Davies, was an incredibly supportive and impactful mentor. I learned a great deal from him, and to this day, I still follow his advice when conducting research. I wish Professor Davies all the best on his new chapter and hope he continues to share his extensive knowledge, sharp wit, and keen insights."

"I don't believe I would find myself alone in the ranks of former graduate students in admitting that I didn't approach every class discussion I participated in with eager anticipation during my time in the graduate program. Probably also unsurprising to any of his former students, however, is that I can honestly say that the class meetings I had with Professor Ed Davies were the exception. I believe that I eagerly anticipated every upcoming discussion I had the opportunity to attend with Professor Davies. Those discussions were excellent and something to be excited for. Professor Davies' teaching was engaging, his approach enlightening. As an educator, Professor Davies had a knack for helping me see the 'big picture' and tie things together that I never could have done without his instruction - while never shying away from also, when needed, taking the deep dive into the micro details. If I happen to have taken a couple of extra semesters to graduate, it is probably because I was enjoying my time studying the Cold War with Professor Davies too much to leave. I am very thankful I had the opportunity to study with Professor Davies; I could not have asked for a better advisor."

"He is always very nice and really loves what he teaches!"

"Always willing to answer questions from the class Exceptional knowledge of even the most minute matters being covered in the course."

"Professor Davies likes to tell you how it really is. He never sugar coats things which makes the circumstances feel more real. He also relates things to current events that make it easier to understand how countries can get into the situations they do and why it is important to learn from History."

"Superb instructor. He asks a lot of his students, but provides all the resources and knowledge to be able to perform well."

"Professor Davies is VERY knowledgeable on the subject Professor Davies ALWAYS made sure to answer our questions and he always knew the answers, or.. if he didn’t happen to know an answer he admitted it and got back to us with it. He was great! I really, really enjoyed Davies!!"

"I love the guy. He is smart, funny, and really shows that he knows the topic. No suggestions here."

"The first day of Professor Sasaki-Uemura’s 7800 Historical Methods class was my first introduction to graduate school and to the methodologies and intellectual traditions used by historians. I was terrified and my fear was made worse by the fact that I volunteered to lead the class discussion on Hegel the next week. I had only vaguely heard of Hegel but it seemed like a good idea to go first. I ran into Professor Sasaki-Uemura on campus that week with my nose buried in Hegel and on the verge of tears because I understood very little of it. That afternoon would be the first of many times at the University of Utah when Professor Sasaki-Uemura took the time to discuss heady topics like Hegel, ask about my classes, and offer feedback on my research. He made the historical profession seem accessible, supportive, and intellectually challenging. Now, years later, I often turn back to what he taught us in that class and to what he taught me about being a mentor and a colleague."

"Professor Sasaki-Uemura has been an invaluable source of support throughout my graduate studies. As my MA advisor, Professor Sasaki-Uemura was kind and compassionate,  yet he never failed to challenge me when necessary. I was able to create a compelling transnational MA thesis because of his deep knowledge of theoretical frameworks and historiography, as well as his encouragement to push disciplinary boundaries. I have also developed a creative interdisciplinary PhD project thanks to his early influence. Although I no longer attend the U of U, Professor Sasaki-Uemura has continued to support me. For example, after I told Professor Sasaki-Uemura that I was now a single mother planning to bring my son during my Fulbright research year, he provided helpful suggestions for navigating Tokyo with a small child and introduced me to a woman professor residing in the city with children. Professor Sasaki-Uemura understands that the personal and professional cannot be separated (particularly for single mothers) and has therefore helped ensure that I will have the support I need on both of these fronts. I know Professor Sasaki-Uemura truly cares about me and his other advisees - as scholars and as people - and I am forever grateful for his guidance. I often think of his example as I attempt to create rigorous and compassionate learning spaces for my own students."

"I learned so much from him! He always had a thorough and informative answer to your questions. It made writing a paper a pain, because there was very little that he didn’t know and that raised the bar for excellence (which I loved). You are the best, Professor Sasaki-Uemura."

"Prof. Sasaki-Uemura demonstrated his vast knowledge of Pre-Modern Japan in his lectures. He also offered visual aids and also class discussions that helped in the learning process."

"Wes knows his stuff, and dresses casual. He is not pretentious or inflated about his knowledge, giving him a big edge on most of the history department. I will look for his name in the future when deliberating over which classes to take...."

"As always, Professor Sasaki-Uemura designed a creative course and chose excellent reading material to go along with it. I loved this class and I think he is the most creative professor in the department. He deserves a lot more credit than he gets."

"Seeing the Professor teaching something he is passionate about demonstrating his teaching prowess and his abilities to convey complex ideas in a way that makes them easier to understand. Well put together class. One of the best I have had in my MA program."

"I have a deep respect for Dr. Sasaki-Uemura. He takes his job seriously and expects students to do the same. At the same time, he is very willing to listen to the opinions of students. He is sensitive to non-traditional students and their time-restrictions and he is sensitive to the students who may approach the class material from a non-traditional (ie, non-white, non-male) point of view."

"Wes is very approachable and likable. He brings a certain warmth and enthusiasm in regards to Asia. Wes honestly cares about Asia and he helps us as students feel that love. I really enjoyed this class and really Wes is what made it great!" 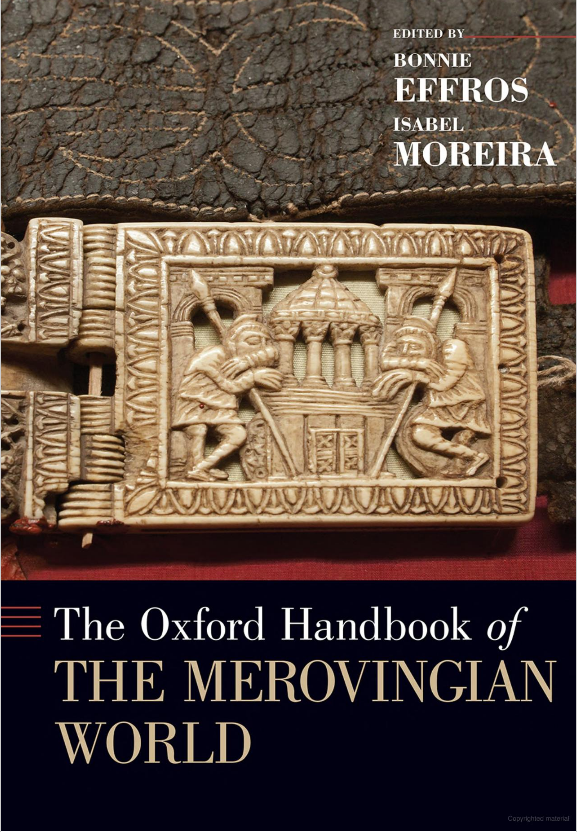 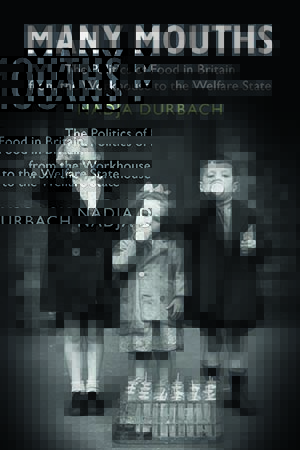 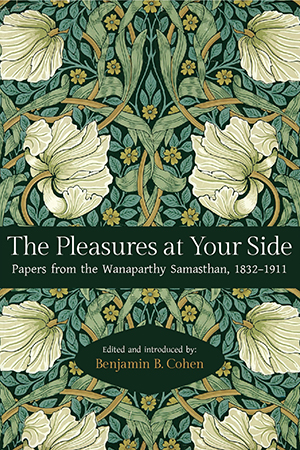 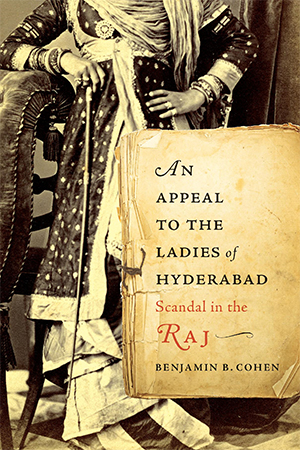 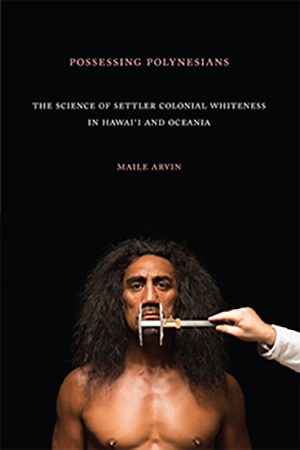 GIVE TO THE DEPARTMENT OF HISTORY