The Aileen H. Clyde Professorship was created in 2018 to award one History professor each year with a research fund to be used to support their own teaching and research, graduate student teaching and research, or other activities that would publicize and maximize the contents of the Clyde Archive at the Marriott Library. This is a competitive faculty award, which requires interested professors to submit an application that is reviewed by the Department of History Executive Committee. The committee selects one award winner per year, and the winner is eligible to receive the Professorship honor no more than two years. The recipient is committed to teach two classes per year that require students to utilize the Archive in their scholarship. We invite you to support this important Professorship in honor of Aileen Clyde here. 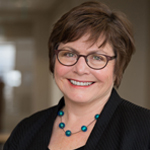 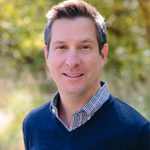 Professor Matt Basso is the 2021-2022 Aileen H. Clyde Professor in History. During his term, he has added applicable World War II oral histories from the Marriot Library’s large collection to the Clyde Archive and has continued his research that involves looking at archives around the U.S. to find primary sources that illuminate the gender history of WWII. He has used some of his Clyde Professorship funds to provide honoraria for scholars to speak about their research on women, gender and leadership in the United States. Those book talks have been recorded and can be viewed here and here. 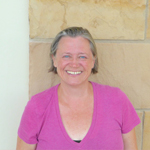 Professor Beth Clement has just been announced as the 2022-2023 Aileen H. Clyde Professor in History. Beth will supervise History doctoral student Cindy Solomon Klebba in teaching two classes that will engage directly with the Clyde Archive: “Oral History” in the fall in the History Department and “Modern American Women” in the spring. Clement and Solomon Klebba will also supervise students trained in the fall oral history class to conduct oral histories with women in Utah who participated in the Houston Women’s Rights Convention of 1977. These oral histories would be part of an ongoing public history project on the Houston Women’s Rights Convention of 1977. 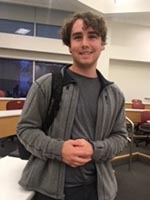 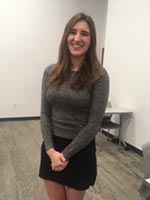 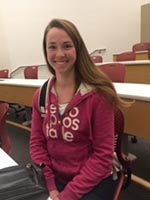 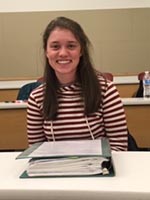 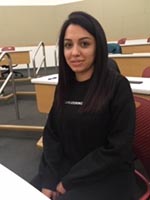 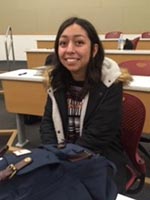 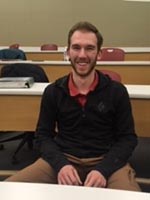 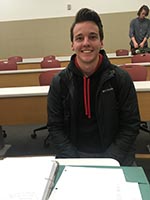 “The Sigrid Peterson Papers, “ wrote Alexander, “ were extremely helpful in researching the Israeli Palestinian conflict . . . . One factor is that many Jews believed they had a right to the lands captured during the Six-Day War, even though there was an established Palestinian community that had lived there for centuries.” Pamphlets in the collection vividly revealed “the fear, mistrust, and misunderstanding between the Arab Palestinians and the Israeli Jews.”

Alyse used the Charlotte A. Quinn papers which helped her with her project on homosexuality in Uganda and South Africa. She wrote in her essay, “once the colonial period from 1900 to 1960 began, Islam continued to grow but not nearly as the same rate as it did before the Europeans arrived. As such, Islam did not have nearly the same effect in Uganda on homosexuality rights as Christianity did.”

Focusing on the papers collected in the Carol B. Clark papers regarding affinity fraud, Amberlee wrote in her report that “In an effort to help guide investors and business owners the Division of Business and Economic Development has put a lot of time and resources into helping distinguish between real and false businesses. One thing the department does is provides specific and direct help with basic business skills to existing or potential owners or manager.”

In my undergraduate directed reading class with Professor Colleen McDannell, I utilized the remarkable resource of the Ramona Wilcox Cannon Papers in the Clyde Archive to address the attitudes and practices of Utah women with wage labor in the 1950s. Cannon wrote an advice column for the Salt Lake Tribune for 27 years beginning in the late 1940s. As “Mary Marker” receiving letters from average women, then she responded to some of them in the newspaper. The Clyde Archive contains several boxes with 1,400 of these letters. I spent the first month of my research on this project working solely in Special Collections at the Marriott Library to access the Archive, reading hundreds of letters in order to find letters that included reflections about wage labor. The Clyde Archive resources were invaluable to my research. Primary sources are an incredibly rich source for historical analysis, and these letters are particularly useful because they are the reflections of everyday women. The Cannon papers allowed my analysis to expand beyond what Latter-day Saint church leaders were teaching to understand how women actually felt about reconciling wage labor with their religious values. Based on my previous survey of the entire Clyde Archive last summer for Dr. McDannell, I believe the Cannon papers are representative of the Archive in toto. The Cannon papers provide an important account of women and their attitudes toward modern life, including wage labor, and represent the Archive’s overall goal to provide a view of women’s attitudes in the 20th century. I hope to find additional opportunities to research the Clyde Archive to address the historical development of modern attitudes of women and the workforce.

Working with the oral histories collected by Gregory Prince in “Mormon Women’s Voice,” Aya (who originally is from Afghanistan) read about how some women were critical of the Relief Society because the members “didn’t care how women were going to make life better for themselves.” She learned about the Proclamation on the Family and how some Mormon women felt it was unfair because “they, too, have dreams they want to accomplish.” Her research helped her understand “another culture’s thoughts on women working and on equal pay.”

Amanda Fountain-Scheuerman studies Public History, Historic Preservation, and Native American and African American history.  She earned a BA in Anthropology from the University of Nevada, Reno (go Wolfpack!) and a BA in History from the University of Utah.  Amanda has multiple years of experience working in various museums in Nevada and Utah.  As a Graduate Research Assistant for the American West Center, she collects Oral Histories for the Marriott Library Special Collections’ Ski Archives project.  Amanda is also registering the Nevada Stewart Indian School as a National Historic Landmark.  Amanda thrives in the desert, at cosplay conventions, and gaming with her family.

In my Business and History 3930 course “God and Money,” was a part of team of students were studying affinity fraud in Utah. This topic was defined in this way: “When a criminal cheats a group of people by preying on their mutual religious affiliation—this is called “affinity fraud.” Bernie Madoff, for instance, created a billion-dollar ponzi scheme that robbed the Jewish community. Trusting Mormons have made Utah the “fraud capital of the United States.” What are the dynamics of affinity fraud when it comes to religion? Who are the greatest culprits and their victims? My essay utilized the Carol L. Clark papers consist of periodicals, correspondence, articles, and other documents pertaining to her career as the Consumer Education Specialist for the Utah Attorney General’s Office (1982-1985). This collection also contains documents pertaining to Clark’s move to Utah’s Department of Economic Development as the Women’s Bureau Director (1986). Clark wrote extensively about fraud in Utah and shared commonsense practices on how Utahans could protect themselves. Her goal was to give everyone a “healthy dose of skepticism.” I was particularly intrigued by Clark’s “10 Commandments” for avoiding being scammed, which included: “Don’t assume anything. Ask questions; read literature.” “If you don’t know what questions to ask, hire a representative that does.” And “Comparison shop before you agree to anything; know the market.” Working with the Clyde archives helped me understand how history is written and how one woman helped prevent crimes in Utah.

From the Carol L. Clark papers, Matthew learned about the story that motivated Clark to pursue fraud in Utah. It seems that Clark was, “buying a condominium in Utah, where she was told the contract was very good. She asked a friend with business knowledge to read it. It turned out they were lying; the contract was very unfair. This advice saved her from a huge mistake and that she felt compelled to share” her experience with other people. Matthew explained that, “It felt really good to talk about something so relevant to business students, and when I focused on resources, I felt like I was actually teaching them something they should know as future investors.”

Newspaper articles on fraud in Utah make up a portion of the Clark Papers. Millard County Gazette articles warned “investors that they shouldn’t invest money they can’t afford to lose. Even if you aren’t being swindled, no investment is risk free.” The Gazette reporter believed that “people in Utah tend to have a boom town psychology” and think “that because others were able to become rich and successful very quickly, they can too.” Riker connected such ideas to three modern day fraudsters, Rick Koeber, Dee Randall, and Val Southwick, who stole millions of dollars from innocent investors.

“I worked with the Carol B. Clark papers. Clark studied affinity fraud in Utah. I learned that affinity fraudsters will target those who they believe are trusting and those who they believe can be exploited. Clark explained that many fraudsters would target women because women were thought to be more trusting because they often didn’t have as much financial experience due to focusing on their family and home.”

“In order to better understand why Latter-day Saints made converts in Japan after World War II, he used the Chieko Okazaki papers.  He discovered that after the war, “the missionaries were also taught Japanese better and for a longer period, which also helped decrease the amount of miscommunication.  Missionaries were taught more about Japan, and knowing the traditional beliefs and cultural differences, allowed the missionaries to approach conversation in a different way.”

“I don’t know how many Members of Congress do their own cooking in Washington DC,” wrote the Representative from Utah, Reva Beck Bosone, in 1950 “and I do not think that many, if any, do their own marketing.  I happen to do both.” This insightful observation from Bosone papers, received a special place in Sammy’s presentation on working Utah women.  As a graduate from the University of Utah Law School in 1930, Bosone was the rare mid-century woman who asserted influence as a judge and politician.  Sammy concluded in her research that Bosone believed that “the people around her will not take her seriously if she were to be emotional or draw any attention.”