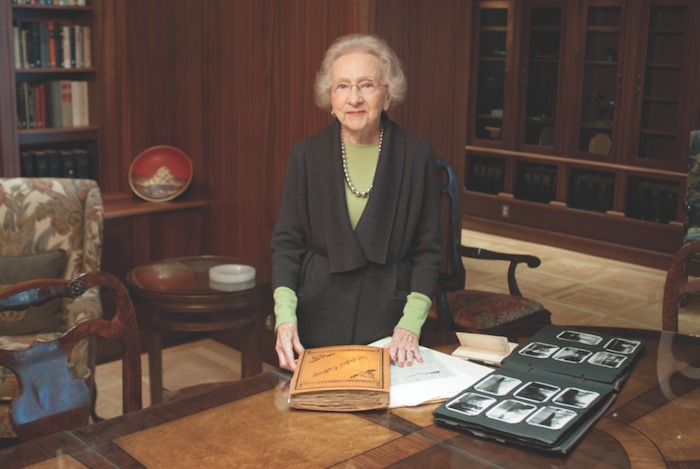 Aileen H. Clyde was born in Springville, Utah, on May 18, 1926 and spent nearly her entire life living in Utah. She was well known within the community for her dedication to service, social justice and equality. After graduating with high honors from Brigham Young University, Clyde taught English there for ten years. In 2000, she was awarded an honorary doctor of humanities degree from Southern Utah University.

Over the course of her life, Clyde fulfilled numerous service and public administration roles. She served for twelve years on the Utah State Board of Regents and also served on the Western Interstate Commission for Higher Education. From 1990 to 1997 she served in the General Presidency of the Relief Society of the Church of Jesus Christ of Latter-day Saints. She was a founding member of the Utah Women’s Forum and served as the chair for the Utah Task Force on Gender and Justice and as a chair of the Coalition for Utah’s Future.

Aileen H. Clyde served her community and her religion with care and openness. She had an intense concern for women that shaped her life both professionally and personally.

In 2014, the Aileen H. Clyde 20th Century Women’s Legacy Archive at the University of Utah was established in her honor. The archive serves to document and preserve the history of women whose lives and work have had a social and cultural impact.

Aileen H. Clyde passed away on December 24, 2019. She and her husband Hal M. Clyde, were the parents of three sons, and had 12 grandchildren and 16 great-grandchildren.